I'm not an Unklesbay anymore!  Come read about our family at

Posted by Adrienne at 2:36 PM 0 comments Links to this post

Well, we made it!

More photos to come, when we're in a hotel that has working internet!
For now, we're spending a day in Palmyra, and then tomorrow will head maybe to Niagra Falls and to Kirtland :)

Posted by Adrienne at 11:33 AM 5 comments Links to this post

What's on my heart.

I haven't written a quality blog post in quite some time, and I figure since I'm home sick from church today, I could stand to get my thoughts out.

She's 4, and her name is Olivia. Olivia is one of the most beautiful inspiring people I have ever met. In the scriptures, we read that we should become as a child, "Submissive, meek, humble, patient..." and she's the most pure example of that that I think I have ever met. With a spirit that shines through her big smiling eyes, and a kindness that I have rarely seen matched, Olivia teaches me that there's a purity that we can still have, even in this horribly dreary world. When I start to think that there's not any peace left in this life, she smiles really big and tells me a story, and suddenly there's nothing left in the world to harm me.

(I really hope her mom won't mind when someday I have a daughter named after her!)

I've decided to make it my personal goal to make my prayers more meaningful, and thought I'd share some of my ideas here.

As members of the Church of Jesus Christ of Latter-day Saints, we believe that our Heavenly Father has a body, and that he loves us. As a result of this belief that we are somewhat like Him, I feel like it is more possible to approach Him. Sometimes I feel like my prayers won't extend beyond the ceiling, and that I'm stuck here.

Perhaps it's because I won't let Him in.

So I've started thinking, how much more meaningful would my prayers be if I could picture Him smiling as I approach him; his eyes wrinkling into a grin? How much more connected to my Father could I feel, if I knew His forehead was creasing in concern as I pour out my sorrows? I'm not the most spiritual person in the world, but what if I could curl up in His lap, and feel his arms pulling me in tightly as I counsel with him about the issues that I face from day to day? I'd love to see His eyes brighten as He realizes I've finally grasped a concept that He's been hoping I would learn.

Just a thought, I guess. I'll keep working on it. What do you do to make your prayers more meaningful?

Posted by Adrienne at 3:19 PM 3 comments Links to this post

Something that made my day today...

So, today has been difficult for me, if I'm being completely honest. But...I know it's all for the best. Anyway...This made my day. I was literally grinning from ear to ear as I watched it. I hope you enjoy it too. :)

Posted by Adrienne at 10:53 PM 0 comments Links to this post

Haven't weighed in yet, that's tomorrow...but I'm really REALLY proud of myself for getting up at 6 this morning to go to the gym before getting ready and heading to Florence to open the store. Yikes!

My workout machine of choice is the eliptical trainer, because it doesn't hurt my ankles or knees, and I still feel like I'm working out. Christopher does the treadmill, but I hate how out of shape I feel when I do that. SO...

I'm trying not to be TOO mad at myself that it's Thursday, and the first time I've been to the gym!

In other news, on Saturday (Valentine's day) Christopher and I went to Smith Jewelers and found MY WEDDING BAND! It's BEAUTIFUL! And just so happened to be 50% off! I'm so excited! Now, if only he would decide what he likes so we could buy his...

Posted by Adrienne at 7:43 AM 4 comments Links to this post

I've decided that it's time. Time for me to be honest with the world, set my goals, and get them out there. Time for me to make a change. (Says the girl sitting on the couch eating an ice cream sandwich and already being grumpy about going to the gym tonight...)

So...you may have noticed my weight loss ticker at the top of the page. I weighed in at 201 lbs. on February 6. On February 13, I weighed 195. Progress, right? Well, it was Valentine's day, so I ate a whole bunch of junk!

Anyway...I'm going to be honest about my weight for the first time in a very long time. I'm definitely not the heaviest I've ever been, but I'm not happy with the weight I am now. so...here I go. I'm asking for your help, for your motivation...

Posted by Adrienne at 2:20 PM 9 comments Links to this post

Two things that make me happy

This video has made my life better on countless occasions. I love it with all my heart and soul.

I also love this place:

These things both bring me into a good mood no matter what. :)

Posted by Adrienne at 11:23 PM 5 comments Links to this post

products I'd rather not live without

This product is ridiculously expensive, and not for the faint of heart. It smooths those cracked heels, it softens even the roughest hands, and it brings a smile to my face. I'd rather not live without it.

Bunny Big Ears. Mine is named "Olivia" and Christopher bought her for me because she was being retired. I sleep with her every night...(Until I get married...hopefully)

Revlon Diamond Grip Tweezers. I use these literally every day. 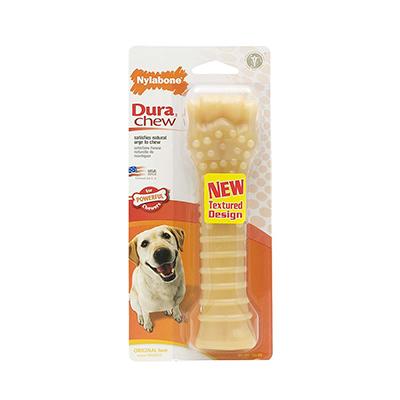 Nylabone. My precious. Without this beautiful invention, Charlie would chew through everything.

Ling Ling Potstickers. We eat these every Sunday at least. They're DELICIOUS.

Posted by Adrienne at 2:34 PM 4 comments Links to this post

I've been thinking a lot recently about people in my life who I consider my heroes. Some of them are living, some of them are not. The thing is, it's the little things that people do that make them my heroes.


Number one: My dad.

On Saturday, I worked a very long shift at work. I was exhausted. I got off at eight, and was so badly looking forward to going home and eating the pizza that Christopher ordered for us. Well....my car wouldn't start. I called my dad, and asked what he thought, and then I was off to the gas station. The gas light had never come on, and I wasn't sure why the car wouldn't start. Well...I walked through the snow, and got back to my car...put the measly gallon in the tank, and it still wouldn't start. I called my dad again, this time, on the verge of tears. I said, "Dad...it still won't start." He got in the car and came to me. (Mind you, I was all the way out at Kenwood, which is 30 minutes from home on a good day) In the meantime, I walked back to the gas station and got more gas. Well, the second time, my car did start. I drove around the parking lot, but was still scared to make the drive. I called my dad for the third time and said, "Dad...it's running now...but I'm scared because I don't want to get stranded." He told me to drive over to the gas station, so drive, I did. He met me there a few minutes later, got out of the car, and told me to open the gas tank. I said, "Why?" He said, "Just do it." So I opened it up, and he got out his card to fill up my gas tank. (It was already full by this time, but that's beside the point) He told me that the roads were really icy, and promised to follow me home. I'm 22 years old, but my Daddy still comes to rescue me when I need it. Cool? I think so.

Posted by Adrienne at 12:35 PM 5 comments Links to this post

I was reading Sarie's blog...and I was secretly wishing she would tag me...

3 things I was doing 10 years ago:
1. Having sleepovers with Jill and Nicole
2. Being in Concert Choir at the Middle School
3. Developing film in the darkroom at school

3 things I love about my [fiance]:
1. He takes VERY GOOD care of me
2. He knows when to tell me that I'm being ridiculous
3. He reminds me that I'm a daughter of God and that it makes me very special :)

3 movies I have seen more than once:
1. The Holiday
2. Mormon Pride and Prejudice
3. John Tucker Must Die

3 things you may not know about me:
1. I hate my bellybutton
2. I named my car Norma Jean
3. I love pizza, but it makes me very sick.

Posted by Adrienne at 12:05 PM 2 comments Links to this post